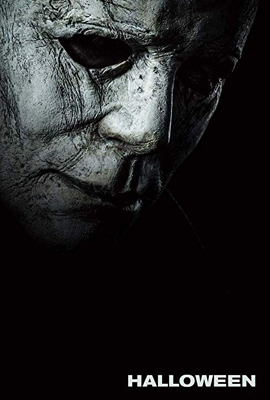 David Gordon Green’s “Halloween” is a sequel that succeeds, offering fans of John Carpenter’s original film a few new surprises in a nostalgic revisit while giving those new to the story its hallmark simplistic scares.

Since Carpenter’s 1978 “Halloween,” we’ve been treated to seven sequels and two remakes, but director Green and co-writers Danny McBride and Jeff Fradley (who worked with Green on comedies like “Your Highness” and the HBO series “Vice Principals”) want you to forget the mostly-forgettable film franchise by getting back-to-basics. It’s a smart move, smart enough to get John Carpenter and Jamie Lee Curtis involved making a movie that continues where the original film ended.

For those unfamiliar with “Halloween’s” origin story, a boy named Michael Myers kills his sister on Halloween night and is sent to an asylum where he escapes fifteen years later to wreak havoc on his hometown of Haddonfield, Illinois. Upon his return to town on the anniversary of the murder, Myers dons a non-descript white mask and begins killing more teens on Halloween until babysitter Laurie Strode (Curtis, in her film debut) and Dr. Sam Loomis (Donald Pleasence) stop the carnage by shooting Myers. After being shot, Myers escapes and fuels the myth that the boogeyman exists and Myers is that boogeyman.

Green’s “Halloween” is a continuation from that night, forty years after what Haddonfield natives dub “The Babysitter Murders.” Myers, we learn, was apprehended after his pseudo-supernatural vanishing act and incarcerated back into the asylum he’d escaped. In a slick opening sequence, a couple of investigative podcasters visit the asylum to question Myers before he’s transferred to another facility. Escorted by Loomis’ replacement Dr. Sartain (Haluk Bilginer), the podcasters try to question Myers and produce the original white mask to provoke a response. Myers does not react, but other inmates around him start to get nervously excited- Gordon sets a good eerie tone.

Curtis reprises her role as Laurie, the lone survivor of Myers’ 1978 massacre, and you see why she’s back. Laurie has been traumatized from surviving Myers’ murders and has spent decades preparing for his return, but Curtis is given the chance to act not only as avenging angel but scarred survivor. While hoarding firearms and safeguarding her home give her the strong independent horror heroine role we’ve seen in the mold of “The Terminator’s” Sarah Connor or “Alien’s” Ripley, Curtis is also allowed to show Laurie’s psyche. In a chance moment to intercept and kill Myers during his asylum transfer, Curtis’ scene of Laurie caving in the wake of retribution emotes all of her anguish.

Of course, Myers’ transfer doesn’t go as planned and he escapes once more to don the mask and return to Haddonfield on Halloween. But what makes Gordon’s take on “Halloween” more interesting is he’s not only adopted Carpenter’s directing style with Myers slinking around houses and appearing from the shadows, he’s also given Myers and the film an abrupt directness in its actions: the killings come quick and Myers, for the most part, adopts a hide-in-plain sight attitude of the ultimate, invincible killing machine: it’s an effective and unnerving take against what you’d anticipate as more hidden horror.

Myers’ direct approach to mayhem is one of the new surprises Green’s “Halloween” has in store: it keeps old fans satisfied with visual and verbal references to Carpenter’s original while providing the energy to enthuse new audiences. With humor in the right spots and a new heroine to root for in Allyson (Andi Matichak), Laurie’s granddaughter and new teen introduced to the terror of the boogeyman, it appeals even to those most apprehensive of sequels or reboots.

Evil never dying may be an old movie trick, but Gordon breathes enough new life into his “Halloween” to make it a treat.