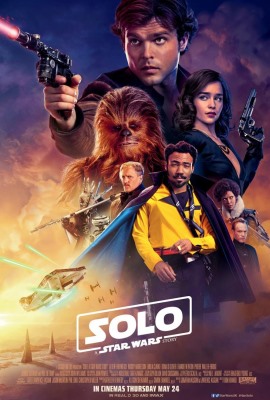 The film’s co-written by Lawrence Kasdan (“The Empire Strikes Back”), so we’re treated to depictions of events in Solo’s past we already know: how he hooks up with his co-pilot, Chewbacca; how he gets the Millennium Falcon from Lando Calrissian; how he accomplishes the feat of flying the Kessel Run in 12 parsecs. But the script tells these plot points so “by-the-book” that the most dynamic and memorable qualities contained in the Han Solo character- his arrogant charm, his flippant asides- get lost in the slog of a straightforward sci-fi story. END_OF_DOCUMENT_TOKEN_TO_BE_REPLACED