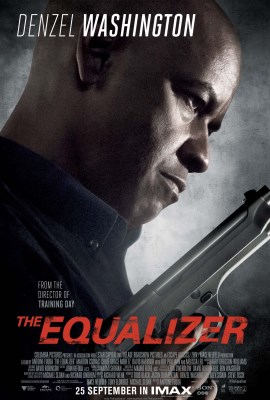 As a fan of the ‘80s television show, I was surprised by how much I enjoyed the film version of “The Equalizer,” an above-average actioner that manages to maintain the heart of the series while beating an air of superhero mystique into its storyline pulse.

Denzel Washington plays Robert McCall, a reserved man living in solitude within an urban environment. McCall leads a quiet life in an ordinary job; his inability to sleep routinely leads him to a diner in the early morning hours to sit quietly while reading a book and drinking tea. While this inability to sleep and his solitary life may hint at a past he’d rather not remember, McCall’s precision in preparing his tea by meticulously folding a tea bag into a napkin brought from home and arranging his place setting at the diner is more an ordered conditioning than O.C.D. After striking up a conversation with Teri (Chloe Moretz), a young escort who also frequents the diner at the same time as McCall, McCall learns of Teri’s ambitions for a life beyond her circumstances. END_OF_DOCUMENT_TOKEN_TO_BE_REPLACED 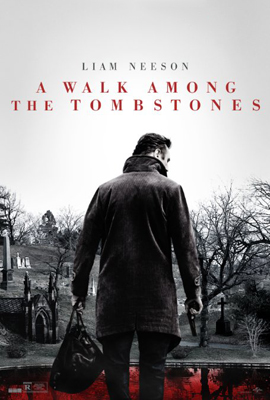 Something I had long suspected has now been confirmed with “A Walk Among the Tombstones”- Liam Neeson has comfortably slipped into the “unassuming tough guy” shoes left vacant with Charles Bronson’s passing.

Had this movie been made thirty years ago, it would have starred Bronson. After years of westerns and supporting roles in classic machismo films like “The Magnificent Seven,” “The Dirty Dozen” and “The Great Escape,” Bronson saw a resurgence in his cinematic career at the age of 53 with 1974’s “Death Wish” portraying Paul Kersey, a mild-mannered architect who goes on a vigilante killing spree after his wife and daughter are raped and murdered by some New York City thugs.

Neeson, a dependable actor and Oscar-nominated for his work as the ultimate mild-mannered businessman/Nazi vigilante Oskar Schindler in “Schindler’s List,” achieved bankable movie star status at the age of 56 with his role in 2008’s “Taken” portraying Bryan Mills, a retired CIA agent who tracks down and punishes the Parisian sex slave traders who kidnapped his daughter. END_OF_DOCUMENT_TOKEN_TO_BE_REPLACED 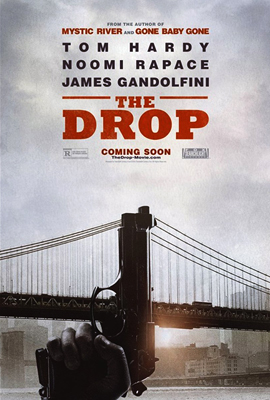 “The Drop” is one of those strong, character-driven crime dramas that don’t come along too often but, when they do and they’re done well, are worth the wait. Anchored in a great performance by Tom Hardy and written by Dennis Lehane (“Mystic River”, “Gone Baby Gone”), who knows how to fill an urban neighborhood’s microcosm of crime with sketchy characters that have dark pasts and hidden agendas, “The Drop” quenches the thirst and ends the drought experienced by fans of this type of movie since 2011’s “Drive” with Ryan Gosling was released.

The film centers around Cousin Marv’s, a Brooklyn neighborhood bar owned by the Chechen mob and used as an occasional “drop” for the collection of envelopes of cash produced through various illicit activities. Cousin Marv’s is just one of several bars owned by the Chechens and these bars serve as random “drops” for their cash to safe house their money and avoid someone getting wise to where their money is holed up and robbing their take. On a selected night, a random bar is chosen and the cash is delivered to that bar and handed to the bartender who slips the money into a time-release safe that is collected later that night by the Chechens- even the people working the bar can’t open the safe, assuring the Chechens that their money is safe.