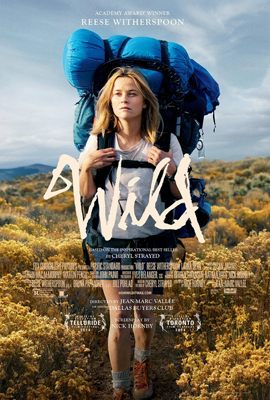 In a movie about picking up the pieces of one’s life when one strays from a secure and safe path, “Wild” depicts the true story of Cheryl Strayed’s physical journey in hiking the 1,100 mile Pacific Crest Trail to bring herself back to the person she was brought up to be rather than the person she has become. Along the way, the film presents pieces of Cheryl’s life in flashbacks and we gain an understanding as to how Cheryl’s life has veered onto a darker path and, more importantly, an interest into how she will bring herself back onto the straight-and-narrow. What makes us care about Cheryl is in large part due to her portrayal by Reese Witherspoon, who gives her best performance in “Wild.” END_OF_DOCUMENT_TOKEN_TO_BE_REPLACED 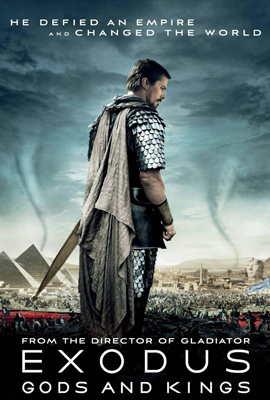 With the exception of “Ben-Hur,” I’ve always looked at the Biblical epics from the ‘50s and ‘60s as curiosities. For me, there was always something ‘not-quite-right’ about them- for instance, did every Roman chasing down the Nazarene have to be played by a British actor? Couldn’t one Roman be played by an actual Italian? I guess not- after translating the Bible into a Hollywood screenplay, you’d want a Shakespearean actor to deliver that ponderous dialogue.

For me, that’s the endearing quality of those old Biblical epics: interesting casting of actors that spew stilted dialogue. While these idiosyncratic flaws can be off-putting, I find them campy- can you really beat Edward G. Robinson confronting Charlton Heston in front of the Golden Calf in “The Ten Commandments?” While religious films have seen a slow resurgence since “The Passion of the Christ” and advanced CGI effects have made directors like Darren Aronofsky want to tackle Biblical stories like this year’s “Noah,” it was pure curiosity and the casting choices that made me want to watch Ridley Scott’s “Exodus: Gods and Kings.” END_OF_DOCUMENT_TOKEN_TO_BE_REPLACED