Bolt from the Blue 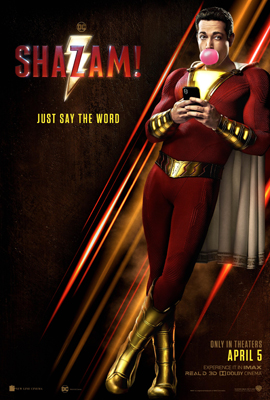 In a time when superhero movies have become sweeping sagas, DC Comics’ “Shazam!” is a breath of fresh air- it soars on the energetic current of a teen comedy dressed in caped crusader’s clothing.

The story behind “Shazam!” revolves around 14 year-old Billy Batson (solidly played by Asher Angel), a foster home runaway seeking his real mom. Separated in public, police threw Billy into social services before his mother could claim him. Knowing she’s out there, Billy uses his wits to gain illegal access to a police computer to track her but the plan backfires when police tail his lead and find Billy instead. END_OF_DOCUMENT_TOKEN_TO_BE_REPLACED