Scowl from the cowl 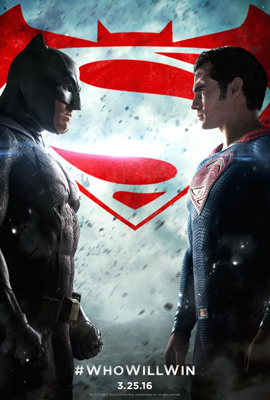 To its credit, “Batman v Superman: Dawn of Justice” sets up a good scenario for the two legendary superheroes to clash capes. However, the movie is such a dark, brooding overblown and overwrought opus that you’ll wish the dawn came just a little bit sooner.

Given Marvel comics success with “The Avengers,” it’s easy to see why DC comics would want to capitalize on that success with their own arsenal of heroes- “B v S” is the gateway to that end, where the Justice League is established (bringing Wonder Woman, Aquaman, The Flash et al into the fold). But as a stepping stone, “B v S” is a slippery stone at best. While there are genuine glimpses of catharsis within the characters of both Batman (Ben Affleck) and Superman (Henry Cavill), director Zach Snyder is primed solely for action, and not one to let action slip into the carefully-crafted choreography of a skilled fight scene- no, Snyder fills “B v S” with such an inordinate amount of callous cartoon violence and mayhem full of projectile exploding dust-filled debris that his aim may be only to please himself (if his films “Sucker Punch,” “Watchmen,” or “Man of Steel” are any indication). END_OF_DOCUMENT_TOKEN_TO_BE_REPLACED