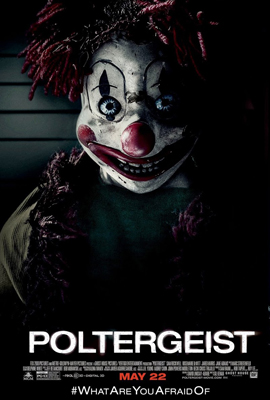 Concerning remakes, director John Huston once remarked, “They should only remake bad movies.” I’m sort of in the middle myself: if you’re going to remake a movie, at least add something new and let the remake be a reimagining. If you’re really interested in seeing a movie, its first imagining is usually best and you can’t mess with an original that was good enough to draw attention to itself by making people want to capitalize on its success by staging a remake.

In short, the cardinal sin for people making a remake is not adding anything new. Such is the case with this year’s “Poltergeist,” the remake of Tobe Hooper’s 1982 film that commits this cardinal sin- while keeping the story intact, it misses the mark by thinking its story is enough. Adding nothing to the special effects of the original (save for an interesting look at the otherworldly dimension the youngest daughter of a suburban family is sucked into via a portal in her bedroom closet), it pares down what made the original “Poltergeist” compelling by not drawing out the characters in the family enough to allow you to care and not creating special effects that ‘wow’ you more than the effects in the original did. END_OF_DOCUMENT_TOKEN_TO_BE_REPLACED

On the Road Again 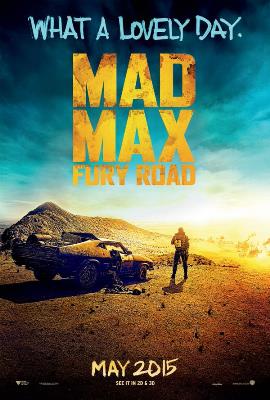 It’s been thirty years since we’ve last seen Max, ‘Mad Max’ for fans of the film trilogy from director George Miller, so it seems fair that a reboot was in order. If you’re a fan of those films, “Mad Max: Fury Road” is a welcome return. If you weren’t a fan, this probably won’t change your mind. However, if you’re new to ‘Max’ and enjoy non-stop live-action car chases involving steel-spiked souped-up cars that bounce on monster truck tires driven by maniacal punk-rock-dressed ruffians who hurl flames, harpoons, and crossbow and spear-induced mayhem upon their prey across a post-apocalyptic wasteland, then this film is for you.

Like any new viewer of the Mad Max films, my introduction to Miller’s films came through late-night cable and 1981’s “The Road Warrior,” the second installment of Miller’s Mad Max trilogy. While the appearance of a post-apocalyptic desert setting and weirdly-theatrical punk-rock clad baddies seemed daunting, what won me over was the live-action scenes- they were some of the best I’d ever seen, on par with any good James Bond film action sequence or even the chariot race in “Ben-Hur”- I found them surprisingly well-choreographed and executed. END_OF_DOCUMENT_TOKEN_TO_BE_REPLACED