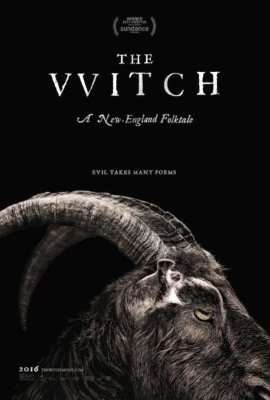 Robert Eggers won the directing award at last year’s Sundance film festival for his first feature “The Witch,” subtitled “a New England folktale,” and it certainly succeeds in being one of those classic spook stories you’d hear around a campfire. Of course, by faithfully capturing the atmosphere of the 17th Century and using Old English dialogue, the spell Eggers casts on you may be more akin to the Sandman if you were someone who felt sluggish trying to decipher Shakespeare plays in English class- “The Witch” comes off as a very dry art film. However, its classic horror structure will win you over- much like a Shakespeare play, you gain an appreciation for “The Witch’s” symbolically scary story long after it’s over. END_OF_DOCUMENT_TOKEN_TO_BE_REPLACED 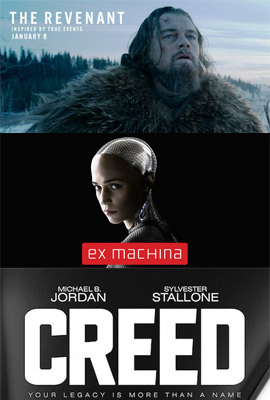 With two weeks left until the Oscars are presented on Feb. 28th, I like to focus on the films and performances that I found the most memorable. In keeping with the tradition of the late Siskel & Ebert’s “If we picked the Oscars,” here are my standouts for 2015 using the nominees in the main Academy Award categories. While others may try to second-guess Oscar politics with who ‘should win’ or ‘will win,’ I like to keep it simple. In case you missed any of them, these are the films and performances that I’ll remember most- simply put, these are the ones:   END_OF_DOCUMENT_TOKEN_TO_BE_REPLACED