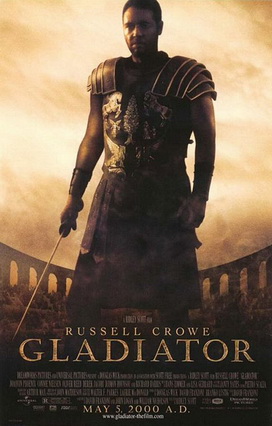 June seems to be a month devoted to families. Between weddings and graduations, it is also a time when you’ll see families assemble to watch the onslaught of the summer movie season. As I sat watching the sold-out crowd at a recent blockbuster’s opening, I noted the number of fathers who had brought their families to the theater and smiled. Not only did I remind myself that this Sunday is Father’s Day, I also noted the irony in comparison to my memories of accompanying my Dad, Frank Menaquale, to the movies.

When I was growing up, my father rarely took us to the movies. If he went, it was at my mother’s insistence and, once inside the theater, he would fall asleep. And snore. Loudly.

As a kid at the movies with my father, a few minutes after the movie had begun, I would slowly see his head slump through my peripheral vision and then hear the rumbling of the oncoming snore that, once his jaw relaxed, would be released. I could never blame my father for falling asleep. As a traveling shoe salesman, having just spent the day driving for miles in his mid-Atlantic territory, or on a weekend spent doing hours of work around the house, it was a generous gesture for him to take me to the movies. But while whatever work for him had ended that day, my work in the theater was just beginning.

Upon seeing his head slump, I would gently nudge my elbow into his ribcage. His head would snap upright and he would utter the word “yeah”, confirming that he was awake. I would then turn my head away from the screen toward him, only to see his eyelids open and then progressively fall. Upon my second nudging before the oncoming snore a few minutes later, he would utter the word “bomb” (stating his dislike of the movie as the reason for his “nodding-off”) and begin to adjust himself in his seat. He would then stay awake a little longer. A little longer.

With each coming June, and Father’s Day, I always try to find a movie to take my Dad to see because he does like movies. Though his movie-watching is now primarily limited to whatever Turner Classic Movies or the Encore Westerns channels are showing, he will surprise you with his cinematic tastes. While traveling in Pennsylvania in the late-60’s, he mentioned to my mother a movie he had really enjoyed (i.e., a movie during which he had stayed awake). That movie was “The Graduate”. On another rare occasion, he mentioned enjoying an independent movie that was receiving a lot of acclaim that I hadn’t bothered to see. On his recommendation, I saw “Good Will Hunting” right before its seven Oscar nominations and Oscar wins for best screenplay and best supporting actor.

So, every June for Father’s Day, I try to take my Dad out to dinner and a movie (it beats a golf shirt) because, while I want to spend time with him, my Dad enjoys movies. However, it has to be “good”. He’ll readily admit that he will not fall asleep in any movie that is “good”. Usually a “good” movie is classified into either the action or mystery-courtroom drama genre. For the man that introduced me to “Ben-Hur”, I was excited and relieved upon the release of “Gladiator” around Father’s Day in 2000. Yet, I learned a valuable lesson: never put the dinner before the movie. Shortly after eating, we went to see “Gladiator” and, as Russell Crowe announced “unleash Hell” during the battle scene in the opening minutes, my father began to unleash his own brand of Hell through snoring. I should have learned my lesson from years prior, when I took him to see “The General’s Daughter” with John Travolta. I took him to dinner after the movie on that particular Father’s Day. He had stayed awake for“The General’s Daughter” (whether through hunger or the fact that it was a mystery-courtroom drama). I believe, however, that his staying awake was in seeing an overweight John Travolta jumping around a houseboat with gun-in-hand trying to shoot an intruder, and my Dad subtlety and repeatedly pointing out the fact that “Travolta got heavy”.

With Father’s Day approaching this year, I’ll try to find that right movie yet again. I’ll try to find the movie that is “good”. Unfortunately, there isn’t a James Bond or John Grisham book-based film due out this weekend or a movie with Gabriel Byrne or Penelope Cruz showing this Sunday. There isn’t a re-teaming of Robert DeNiro and Joe Pesci or a Mel Brooks movie reminiscent of “Blazing Saddles” or “Young Frankenstein”. There isn’t even a summer sequel entitled “My Cousin Vinny 2”.

Mel Brooks once said, “We mock the things we are to be”. So, if you happen to be inside the AMC Marlton 8 (most likely) on June 15th and hear someone snoring, you may also hear the snoring quicken as there are not one but two people snoring in the theater that day. As I have been told I look and sound like my Dad, I may have just “mocked” the person I am to become. If this happens, I’m lucky. My father has always been the person I wanted to emulate, and it may just be that emulation coming to fruition as we both fall asleep in that theater on Sunday, neither of us nudging the other awake.

In that movie-going moment, I will be, as my mother forewarned, “my father’s son”.